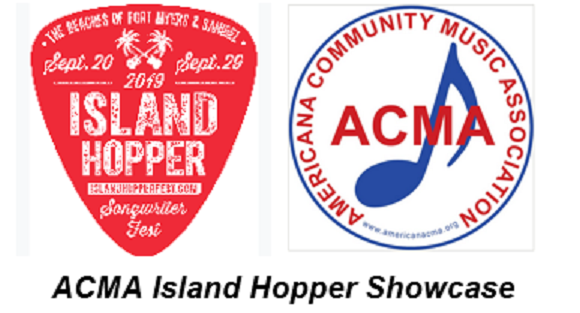 Ray Cerbone, One of the founding members of the Fort Myer’s ACMA (Americana Community Music Association), Ray began playing guitar during the early 70’s folk scene. With the support and inspiration of fellow local and touring musicians, he began writing and playing in earnest in 2010. Traveling a long road in a short time, his music encompasses many genres, including Americana, Folk, Blues, Ballads, and a little bit of Country. His storyteller style takes the listener to another place in time, his music and lyrics bringing evocative insights into the many sides of life. Ray is also a singer-songwriter’s song-singer. That is, he does interpretive covers of other great originals by little-known but very talented artists using his own creative touch. His inventive fingerstyle guitar is uniquely diverse and easy-on-the-ears.

Robert Bidney is a singer / songwriter whose messages are as strong as his melodies. His music is relatable and has a strong commercial sensibility.

His songs have been covered by an eclectic group of recording artists around the world, plus his work has been on several national radio and TV commercials.

A seasoned performer, Bidney connects with his audiences through his infectious energy and emotional performances. He is an active member of the Americana Community Music Association and lives in Southwest Florida

Bill Metts started playing guitar during the Country Blues revival of the 60s and fell in love with the art of finger-style guitar. He began his writing career after moving to South West Florida and regularly attending open mics in Fort Myers, notably the (sadly) no longer operating “Nita’s Sweet Bean Café” where many local singer songwriters cut their teeth. Shortly after, he was asked to served on the board of the nationally known Americana Community Music Association and hosted their weekly Songwriter Circle for four years. He has also, for seven years through a not for profit organization called Hope by Song, been composing songs from the writings of people dealing with great emotional trauma in order to help them heal through the power inherent in music.

He has performed at the prestigious Mississippi John Hurt Blues Festival, the world famous “Ground Zero” in Clarksdale Mississippi and twice at the Island Hopper Festival Songwriter Fest. He has also opened for such greats as award winners Doug MacCleod and Jon Shain, and is scheduled to open for the legendary Roy Bookbinder.

Asheville NC. Other notable venues include The Bluebird Café (Nashville

Reckless Saints) and season 5 of NBC’s The Voice.

Also an accomplished accompanist, Schneider has performed onstage with the

Freebo, Buddy Mondlock, Gove Scrivenor and many others.