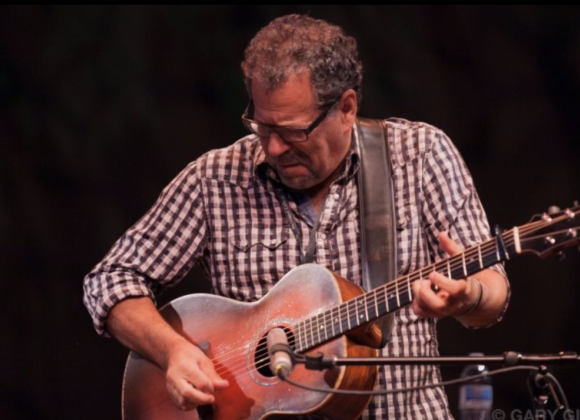 Suggested donation $18 – public
We are happy to welcome back Cliff Eberhardt with Louise Mosrie opening. What a way to kick off December!!
Masks not required for those fully vaccinated. Please keep in mind that COVID-19 is not gone, and there are new variants that still threaten our health and welfare. We appreciate everyone taking all necessary precautions to keep you and your fellow audience members safe..
More about Cliff:
Cliff Eberhardt knew by age seven that he was going to be a singer and songwriter. Growing up in Berwyn, Pennsylvania, he and his brothers sang together and their parents played instruments. His dad introduced him to the guitar and he quickly taught himself to play. Fortunate enough to live close to the Main Point (one of the best folk clubs on the East Coast), he cut his teeth listening to the likes of James Taylor, Joni Mitchell, Bruce Springsteen, Howlin’ Wolf, Muddy Waters, Bonnie Raitt, and Mississippi John Hurt — receiving an early and impressive tutorial in acoustic music. At the same time, he was also listening to great pop songwriters like Cole Porter, the Gershwins, and Rodgers and Hart, which explain his penchant for great melodies and clever lyrical twists.
https://cliffeberhardt.net/
Cool stuff about Louise:
Louise Mosrie grew up in McEwen, TN on a cattle farm – riding horses and writing poetry. She began writing songs after college while working in TV/radio in Knoxville. She moved back to the Nashville area in 2004 and began co-writing with country, bluegrass and folk artists (Donna Ulisse, Mike Richardson) and writers. Louise had a major creative breakthrough in 2007 when she had a fortuitous co-writing session with famed Americana producer and writer, Ray Kennedy (Steve Earle, Lucinda Williams). They wrote the song, “Doubling Back”, for a documentary film by IU professor, Ron Osgood, called “My Vietnam, Your Iraq” which was broadcast on PBS stations nationwide.
Audience members would tell her that they enjoyed the stories between the songs as much as the songs and her strong expressive voice was described as “…like listening to Patty Griffin and Susan Tedeschi at the same time.” She’s played at The Bluebird Café in Nashville, Club Passim in Boston, Caffé Lena in NY and was just recently invited to play at The Birchmere in Washington DC.
https://louisemosrie.com
+ Google Calendar+ iCal Export