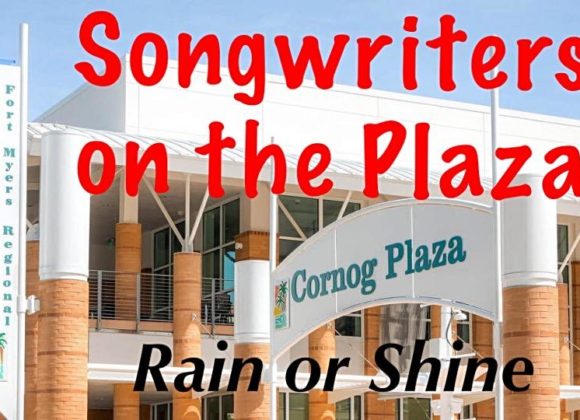 ACMA Songwriters on The Plaza
Rain or Shine, moved inside if needed.

Bill Steel is a Snowbird from the southernmost part of Canada…Windsor, Ontario. He played in a small band as teenager, dabbled for many years but then came “out” of musical closet after retirement, inspired by singer-songwriters like John Prine, Guy Clark, Townes Van Zant and the many talented members of ACMA.

Bob Williams: In the late sixties, Bob Williams, a young guitar player from Long Island, NY, began writing his own music. Pulling elements from Folk-Rock and Country-Rock, Bob created a sound all of his own. Always eager to share amusing stories behind the lyrics, Bob’s songs are personal. Irreverent. Funny. Sad. And most importantly, true to his heart. With encouragement from family and friends, he produced and released his first CD No Apologies in 2015. In 2018 he released his second Album, Ain’t Sorry Yet.

Mike McMillan: Started playing guitar at age 13. He enjoys many different genres which has also influenced his original compositions. Keith has been both a band leader and a sideman and enjoys backing others on guitar and vocals when the opportunity presents itself. Keith also has a passion for writing, co-writing, arranging, recording and performing original music.

Clark Johnson
Born in NYC at a very early age. Picked up bass in 7th grade (Beatles, etc.). Blues bands all through college. Rock/Folk most of the rest of the time. Since moving to FL, play in bluegrass and country bands.