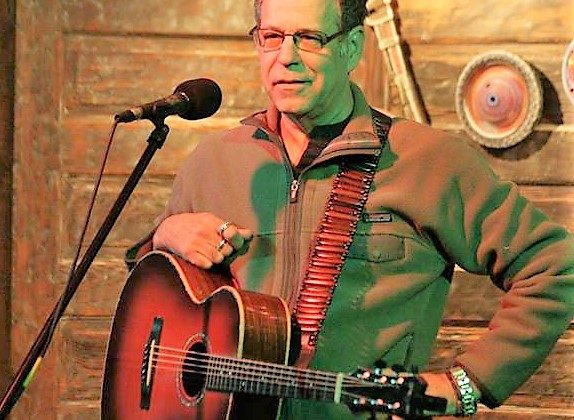 Cliff had such a good time last year at the ACMA he wants to do it again. And he’s bringing Louise with him!
The review by J Allen pretty much sums it up!
Cliff Eberhardt may have come up on the same ’80s East Coast singer/songwriter scene as Shawn Colvin, Lucy Kaplansky, John Gorka, et al., but even from the beginning he had rock & roll — and even pop — aspirations. His early albums found him leaning toward Springsteen-esque heartland rock and almost John Waite-ish balladry as much as the folkish approach of his aforementioned peers, and his rough-edged voice and hook-centric songwriting made it all work. The further into his career he gets, however, the more he concentrates on spare, acoustic-based settings and slow, soulful ballads. Call it “maturity,” “evolution,” or “back to basics,” the important thing is that he can pull it off a hell of a lot more convincingly than some straight-up rocker for whom the acoustic troubadour mode is an unprecedented step. On this, the eighth album of a recording career that began in 1990, the fiftysomething songwriter furthers the organic, as-close-to-live-as-possible approach of his preceding release, The High Above and the Down Below, sounding completely at ease in this mode. Sometimes, as on “Have a Little Heart” and a remake of “The Long Road,” the title track from his ’90 debut album, Eberhardt lays into a big, bold pop melody that wouldn’t sound out of place being belted out by an American Idol contestant (that’s not a pejorative statement). But for the most part, his gritty, soul-soaked voice leans comfortably into more low-key constructions. Most of these songs have the feel of hard-earned wisdom from a man who has run life’s emotional gauntlet and emerged with not just some trenchant, humbly offered observations, but the knowledge that the best way to put them across is a soft sell
www.cliffeberhardt.coom
And about Louise!
Louise grew up in the small town just outside of Nashville, TN on a farm with British parents and several siblings – riding horses, writing poetry and singing with the radio. After college in Knoxville, she “borrowed” her brother’s Sears guitar, bought a simple chord book and started writing songs. The early material was mostly acoustic pop as she tried to channel her English roots while listening to Everything But the Girl and The Sundays.Fast forward a few years, a move back to Nashville and some deep soul searching, Louise began writing songs about the South – what she knew and where she grew up. In 2008, she began working on a new album eventually to be called “Home” because she’d come full circle in her “voice” as a writer. The album was a mix of bluegrass, country and folk and as she weaved in lush stories and songs about southern life, she was even introduced once as “…William Faulkner with a guitar”. With those songs, she entered some song contests connected to festivals and ended up winning top awards at Kerrville Folk Festival, Wildflower! Festival, Telluride Bluegrass Festival and Falcon Ridge Folk Festival. “Home” debuted at #1 on the Folk DJ charts in January 2010 and went on to be one of the most played albums that year for that chart.

The new CD, “Lay It Down”, will be released in late summer/Fall 2014…and the journey will continue….