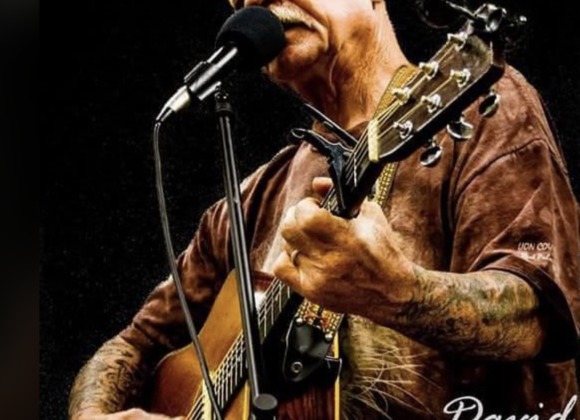 The ACMA welcomes member musician David Hintz to our virtual stage as we stay together while apart!
David Hintz has been performing and writing songs since the mid 1960’s. For reasons he will never quite understand, he put away pen and guitar for many years until the early 21st century. So after a 25 year hiatus David was coerced into going to an open mic in Fort Myers, FL. Scared to death and being extremely shy he performed a few of his original songs and the world hasn’t been the same since.
His songs are about love found and lost, divorce, peace, politics, religion, equality and rebirth. David writes and performs straight from the heart. Whatever the song topic the message is never sugar coated. He is always working on new material and is currently working on a new collection of original music. David is a local favorite and valued member of the Americana Community Music Association
David has three CD’s, RODE HARD AND PUT AWAY WET” 2013, and “OUT WITH A BANG” 2015 and his most recent CD “Happy Today” has just been released. We’re looking forward to hearing some of his new tunes as well as some Classic David Hintz hits!
+ Google Calendar+ iCal Export