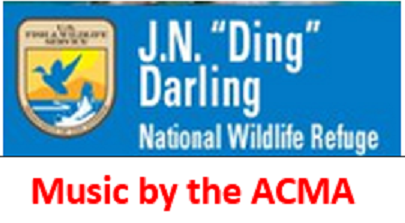 David Hintz is a SW Florida based singer/songwriter. David has been actively writing and performing his music and select covers since high school. David began writing in his late teens and still performs the songs he wrote while on the road in the early 70’s. David’s lyrics are a reflection of real life experiences with everything from love, won and lost, online dating, satire, religion, and politics. David loves to cover songs by his favorite writers and performers such as, Jerry Jeff Walker, John Prine, Randy Newman, Michael Nesmith, Steve Goodman, Dolly Parton, and many more. David has 2 CDs in print 2013’s Rode Hard and Put Away Wet, and 2015’s Out With A Bang. David is a founding member of the Ft Myers, FL based Americana Community Music Association. He has performed solo shows in Florida and up and down the east coast and across the US, and opened for some of the best touring talent, such as Gurf Morlix, Grant Peeples, Eric Bettencourt, Jon Shain, and John Eddy and 8 Ball Aitken. David Hintz is available for solo bookings at festivals, house concerts and listening room venues.

You can listen to some of David’s music on: https://Reverbnation.com/davidhintzartist or like my David Hintz Musician page on Facebook.

For booking or anything else you may contact David @ gr8fulboy@yahoo.com

Ross Jordan has been writing songs since he picked up a guitar at age 10. He went on to study music and classical guitar at Rutgers University. His songs reflect the regional influences from all of the parts of the country that he has lived from New Jersey to the West Coast o the Mid-West and now Southwest Florida, His songs feature catchy tunes and lyrics and audience members can often be seen dancing and swaying and singing along while he performs.