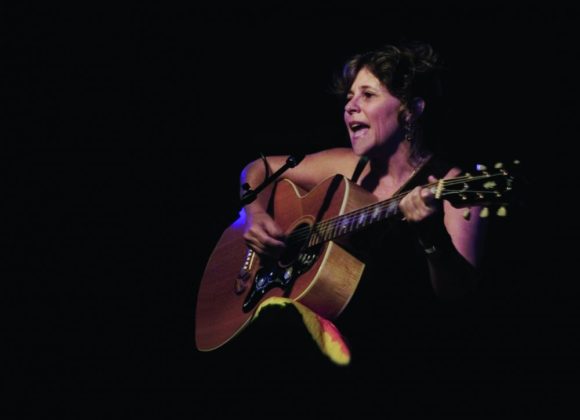 From Menopause to Marijuana! …Peace to Politics! …Poignant to Provocative! …Ellen Bukstel writes and sings about it all! This type of happy-sad, life embracing, fear-overcoming emotional schizophrenia truly captures the spirit of modern independent music making—whatever the artist feels in that moment, she shares…and whatever else Ellen is, she’s not shy about it making her audience “sit up and think…laugh til they cry…and sometimes all at the same time!”

A veteran to the stage since childhood, she has been honored with close to 50 Songwriting and Music Video awards and acknowledgments since 2002 by such notable competitions such as John Lennon, Paul Stookey’s Music To life, New Zealand Int’l Peace Song, Breaking the Silence in Song, Kerrville NewFolk, just to name a few. And, her songs are making a huge difference in people’s lives.

Renowned as an activist who puts her passions to song, Ellen has been commissioned to write songs and produced numerous multiple award winning fundraising music videos which have collectively helped to raise almost one hundred million dollars since 2006 and are being used as tools to raise awareness of important social issues such as Housing the Homeless, Assistance Victims of Domestic Violence, Human Rights and care for Children with wide spectrum Autism and Elderly with Cerebral Deterioration.

Her songwriting journey began after losing her husband Doug Segal to AIDS in 1988. Doug was a hemophiliac who contacted HIV from his blood products and died at age 36 leaving Ellen with their three children Brett, Todd and Margo. Doug and Ellen spoke out publicly hundred of times sharing their personal story in schools, churches, synagogues, educating the community about AIDS.They also spoke to the “Presidents Commission on AIDS” when they came to her home town city, Miami, FL. Ellen was honored as a Torch Runner for the 1996 Olympics for her service to the community.

Ellen expresses her imagination with her beautiful voice, guitar and keyboard. Her award winning songs chronicle the joys and sorrows of a colorful tapestry still being woven…She conveys love and a depth of concern for the ever-increasing threats to our world and to our own individual rights. All this is related to the audience through a brave, though humorous and earthy connection between the world of musical performance and that of the social “bard” or “troubadour” from which the most powerful and relevant strand of folk music derives it’s roots. It’s not an act. It’s real.