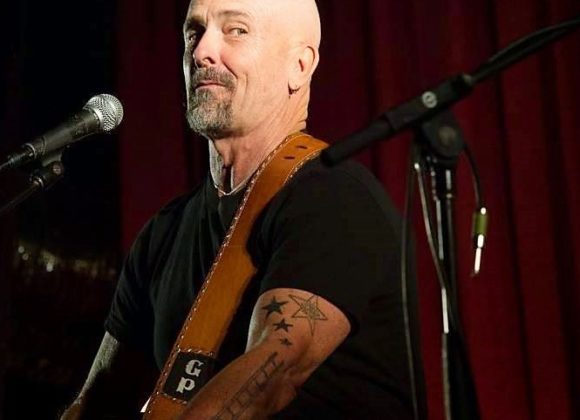 Grant Peeples is no stranger to the ACMA stage. He loves our concept of a Listening Room….and he has a lot to say. His shows are a roiling mix of funny stuff and not-funny stuff. He doesn’t do a lot of lo-ooove songs. When appropriate…he’s been known to play a few ‘off-color’ tunes. 😊

He has made ten studio records, three live recordings and two poetry books.
He tours coast-to-coast, primarily as a solo artist, but often with a side man. He usually plays festivals with his band The Peeples Republik.
He lived on a small island off the Miskito Coast of Nicaragua for eleven years. And much of what he writes about today is informed by that experience. He saw….a lotta stuff.
Gurf Morlix, who has produced Lucinda Williams, Mary Gauthier, Ray Wiley Hubbard, Robert Earl Keen, and Slaid Cleaves—has produced four of Grant’s Records, including his most recent, “Settling Scores Vol II” (2018).
For more about Grant:
www.grantpeeples.com

David Hintz opens for Grant!
David Hintz has been performing and writing songs since the mid 1960’s. For reasons he will never quite understand, he put away pen and guitar for many years until the early 21st century. So after a 25 year hiatus David was coerced into going to an open mic in Fort Myers, FL. Scared to death and being extremely shy he performed a few of his original songs and the world hasn’t been the same since.