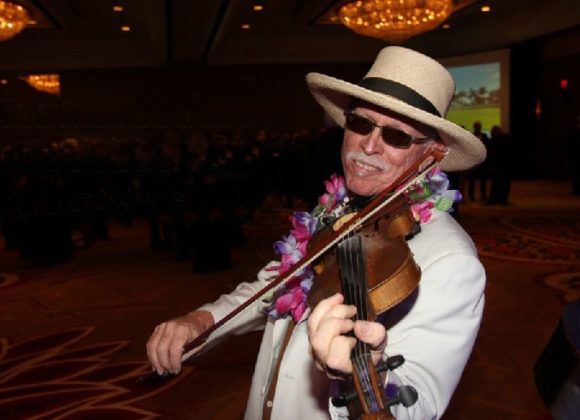 J.Robert Houghtaling is a member of the ACMA and was just honored as this year’s Marco Islands Artist of the Year . J.Robert is a musician, composer, songwriter and producer.

J.Robert sings and plays acoustic and electric guitars, violin, mandolin, harmonicas and steel drum. He often volunteers to play during special events in Marco Island and Naples. J.Robert has most recently recorded and produced an entire music score for the PBS documentary “The Great Florida Cattle Drive: Unbroken Circles” which will air nationally this summer. Returning this month from the annual Florida Folk Festival, J.Robert has also played for Marco Island’s 50th Anniversary Gala, the Goodland Arts Alliance Annual Harbor Arts and Music Festival as well as the Cultural Carnivale sponsored by the Cultural Alliance of Marco Island and Goodland.
JRobert is a talented