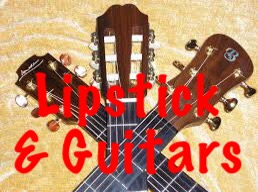 If you know any of these women you know how special this show will be. If you don’t know them, you’re going to really enjoy getting to know them. A night of the shared songs and stories behind the songs. Don’t miss this one.

Melissa Welke has been singing and writing songs for several years. Performing at such venues as Blissfest Music Festival, Mackinaw City Outdoor Amphitheater, Boyne City Strolling the Streets, Harbor Springs Street Musique, Charlevoix Area Library Folk Music Series, Alliance of the Arts Farmers Market and numerous other private gigs she aims to project a positive attitude in her music.
While wintering in Florida she found the ACMA, and has performed at many shows. Melissa always leaves the listener walking away feeling inspired.

She is known for her Kerouac-ish magnifying glass-ified lyrical portrait story songs and her unique way of blending roots, multi-cultural influences And funky rhythms.

Long time ACMA member Kim Mayfield will be stepping out of her role as duo partner with Roy Schneider. Kim has been touring for years across America performing self-described as “blue twangled folk & roll music”.