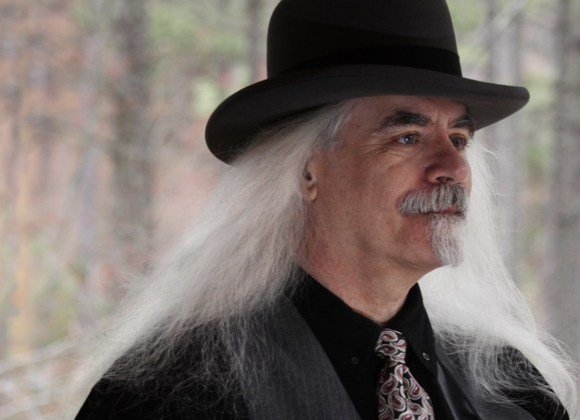 Michael Reno Harrell received a well deserved standing ovation at his ACMA appearance in June 2019!. We were so looking forward to his return. Well….Zoom is bringing him to us again! And in this time of pandemic and problems I can’t think of a more suitable artist to bring us together with his warm and funny, happy and poignant songs and stories.
Here’s the eventbrite link to get your ticket(s) https://www.eventbrite.com/…/one-fall-evening-wsinger…
All proceeds from the ticket sales go to Michael Reno Harrell. Like many musicians Michael has been mainly out of a job since COVID>. The ACMA is happy to be able to continue to support Americana musicians in this way.
Here’s a bit more about Michael:
Michael Reno Harrell is an award winning songwriter, as well as a veteran storyteller and entertainer, and he’s from the South… the Southern Appalachian Mountains to hone it a bit finer.
One could compare Michael’s performances to his granddaddy’s pocket knife: well warn and familiar feeling, but razor sharp and with a point. His brand of entertainment appeals to a very diverse audience. A typical day for Michael might include a program for 4th graders in the afternoon and a concert for a mixed audience that evening.
Michael’s recordings top the Americana Music Association charts year after year. His original songs and stories have been described as “Appalachian grit and wit” but, as his writing shows, Michael’s awareness is much broader than the bounds of his boyhood home or even the Southern Experience. Having toured throughout the British Isles and much of Europe, as well as most of the US, the songs he writes and the stories he creates reflect an insight into people’s experiences that catch the ear like an old friend’s voice.
Michael’s natural knack for storytelling, in print, song and spoken word has earned him praise from not only the music community but from the literary and storytelling worlds as well, having had the honor of being a Featured Teller at the National Storytelling Festival and to be Teller In Residence at the International Storytelling Center, as well as performing at major music events like MerleFest and the Walnut Valley Festival. Along with his performances, Michael often conducts workshops in songwriting and storytelling as well.
Michael’s recordings have for years received and continue to garner awards in Country, Americana and Folk circles. His humor and wit, as well as the emotional depth of his work, keep his fan base growing and staying tuned in for whatever comes next. Don’t miss the chance to experience what those faithful fans keep returning again and again to enjoy.
www.michaelreno.com
Opening for Michael is ACMA’s Ralph Leeseburg:
Ralph has been making music for more than 50 years but it has only been the last 20 that he has set intentions on positive music. A little folksy, a little rootsy, a little bluesy, a little bit of rock’n’roll. And something he likes to call Metaphysical Country. He really likes sharing the vibe and hopes to leave you smiling.
+ Google Calendar+ iCal Export