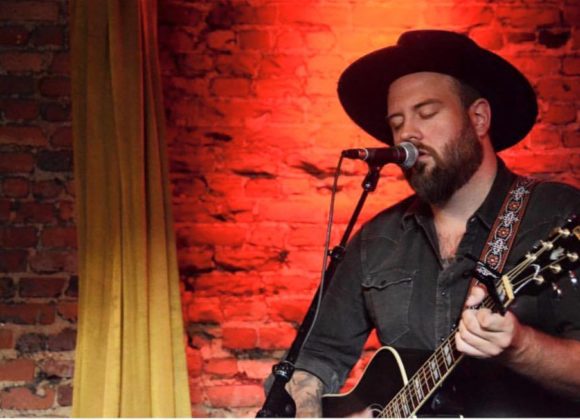 With over 600,000 miles driven and 800 shows performed over the last 12 years, Nate Currin is a troubadour in every sense of the word. With his roots in the North Georgia clay, Nate has enough of the South in his voice and writing to showcase his upbringing but he includes an emotional trustworthiness that can’t be faked. He’s shared the stage with plenty of “big” names and had songs featured on a myriad of television shows but Nate retains his enigmatic drive to fly under the radar from time to time.

Nate’s journey is all about chasing after the genuine human connection, one fan and one song at a time. Having spent years performing in listening venues, ticketed clubs and living rooms all across the country, Nate moved into a motorhome for a 4 year stretch at one point and lived the real life of a rambling man. And he’s got the stories to back it up.

Over the last 5 years he has won 5 International Music Awards, including Songwriter of the Year twice and been nominated for Indie Music Awards as well as a Georgia Music Award. In addition to that, several of Nate’s albums have reached the top 20 iTunes Charts including his most recent release The Madman and the Poet. Currently Nate is preparing to release his 5th full-length studio album in the last 8 years as he continues to tour the country with his dog, Max.

“
The ACMA is happy to welcome Nate back to our stage..AND opening for Nate..
ACMA members David and Carolyn Stanley.
David and Carolyn Stanley have been playing various genres of music solo and in several different groups since they were teenagers. As a duo in Fort Myers their performances feature David’s original music with David on vocals, finger style or rhythm guitar and harmonica. Carolyn adds vocal harmonies and accompaniment on guitar, banjo, or charango. David’s original songs vary from a tribute to the late Pete Seeger to an amusing love song called “If You Give Me the Finger”. He has recorded a CD and has had a couple of his songs recorded by other artists.