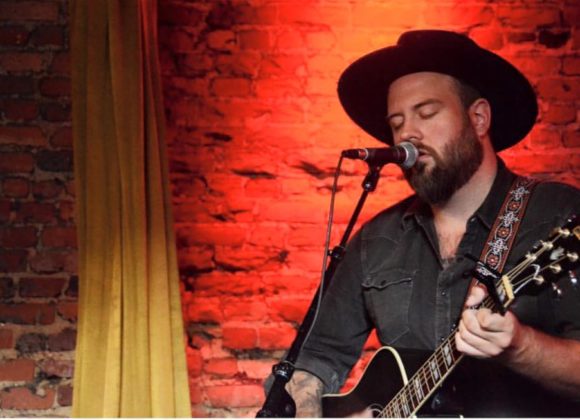 Nate Currin is an artist and a storyteller. Having traveled to over 20 countries, toured with notable acts like Blues Traveler and Neon Trees, been featured on MTV and received a first ballot Grammy nomination, he retains his enigmatic drive to fly under the radar from time to time. It’s when watching him play an intimate coffeehouse gig that he’s tucked into a headlining U.S. tour that it clicks; Currin is chasing after the genuine human connection, one fan and one song at a time. Nate Currin now prepares to release a project over five years in the making that is unlike anything he’s ever put out, and far from most albums on the singer/songwriter, folk and pop rock charts. On August 6th, 2013 Currin released an 18-song concept album titled The Pilgrim, his sophomore full length on Archaic Cannon Records. The Pilgrim breaks the rules of genre confinement for the simple sake of brilliant art.