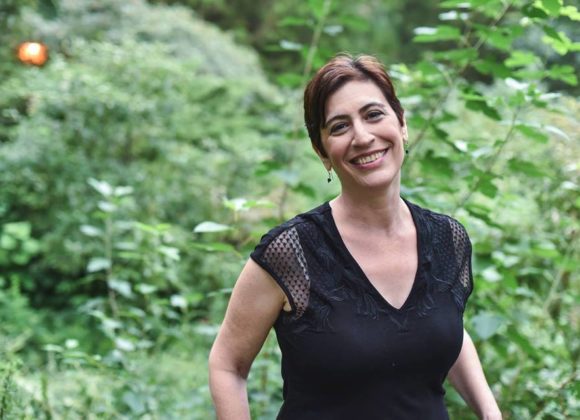 SHARON GOLDMAN is a New Jersey-based singer-songwriter whose “intense, insightful, vivid” storytelling is a “clinic in how to paint an indelible picture with the simplest images and symbols.” (Alan Young, New York Music Daily).

Over several well-received albums released over the past decade, she has combined heartfelt portraits and memorable lyrics with unforgettable melodies and expressive vocals — taking a folk/pop sensibility to new artistic heights. She performs regularly at house concerts, folk coffeehouses, festivals, arts and cultural venues and community centers.

“Sharon has a beautiful voice and a compelling stage presence. Her music is powerful and heartening. It connects us to our humanity and transcends cultural specifics, inviting us into universal truths.” — Joe Jencks, Brother Sun

“Sharon Goldman has blossomed into one of the most unique voices in today’s singer-songwriter scene — Her gentle, yet powerful, presence brings the listener into her world and perhaps into a brand new world of their own.” — Kathy Sands-Boehmer, Me & Thee Coffeehouse, Marblehead, MA
https://www.sharongoldmanmusic.com

Chuck Williams has been appearing throughout New England and in recent years has gone coast to coast with his music. He has been traveling to coffeehouses, performing arts centers and festivals sowing seeds of his songs along the way.
Chuck has mastered is how to pull at Americana heartstrings and tell rootsy stories through his simple and effective novella type lyrics. Chuck has a personable singing style and it’s not done to impress but express.
His music has some of the same energies of songwriters such as David Crosby, John Prine, and definitely Neil Young, while not sounding like any of them. There is something here that a lot of people are going to latch on to, especially in these trying times. Chuck’s music does exactly what it is suppose to do…..it reaches emotions in the listener. It gives words to feelings we all share and provokes thought long after the music is over. His style is unique yet it feels familiar.