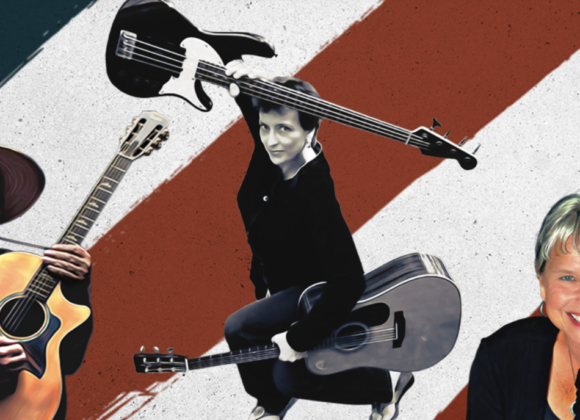 A do-not-miss show as part of the ACMA Acoustic Festival at Shell Point Retirement Community.
More about The Little Fools:
John R. Butler first played music for money during the Johnson administration. Butler went on to play in a number of bands and as a solo performer throughout high school, college and later. John R. Butler’s songwriting has garnered prizes at the Kerrville (TX) New Folk competition, the Will McLean Music Festival and the South Florida Folk Festival. One of Butler’s songs was included in the soundtrack of the 2013 feature film , “Texas Chainsaw Massacre 3-D,” starring absolutely no one you’d recognize.
These days Butler airs out his musical mojo alongside Susan Chastain, erstwhile jazz chanteuse and current belter of ballads, diva of ditties, marquessa of melodies. They will be joined by the undeniably undeniable Susie Hulcher as Little Fools.
Vocalist Susan Chastain has been performing since she was 3 years old, debuting atop her mother’s bar in tiny Oklawaha, Florida. “Converting” to jazz in her thirties, she has sung in combos ranging from casual duos to a 25-year stint with a 15-piece big band, in smoky little bars outside Detroit to orchestra halls in Spain and Switzerland. A Detroit Music Award winner as the singer with the Paul Keller Orchestra, Susan was the owner of an internationally-recognized jazz venue, the Firefly Club, in Ann Arbor, Michigan. For 10 years, she hosted there the best in local, regional, national and international jazz talent.
A devoted student of the Great American Songbook, Susan draws her musical choices from her 500-song tune list (always growing), which includes familiar and lesser-known jazz standards, danceable swing, soulful blues and torch songs, and an occasional eclectic left turn. Moving back to her home state in 2010, Susan still performs jazz in many combinations. But in the last few years, she’s also ventured over to the dark side, and with duo partner, singer/songwriter John R. Butler, has enjoyed singing Americana, vintage rock, blues, soul, country classics and award-winning originals in rich harmony as Little Fools.
Susie Hulcher has been in love with the human voice and with the Art of Song for as long as she can remember.
She is an energetic vocalist, compelling songwriter and versatile bassist and guitarist, and her vast array of sonic influences is readily apparent when she performs live, and especially in her original songs.
Susie operates in many realms! Playing solo is always fun, but she loves the larger world of playing bass in a duo/trio/band context.
Ticket price: $20 Open to the public
Purchase tickets: www.tribbyartscenter.com
Box Office: (239) 415-5667
The Tribby Art Center at Shell Point is an amazing state-of-the-art auditorium with a seating capacity of 400. Once you walk through the heavy oak doors the acoustics are astounding, creating a perfect space for concerts. Along with the top-notch lighting these shows …..picture perfect!
Tribby Arts Center at Shell Point Retirement Community
17281 On Par Blvd.
Fort Myers, FL 33908
Doors open at 6:30 PM. Seating is first come first served.
The ACMA will follow the COVID guidelines of our host venue.
+ Google Calendar+ iCal Export