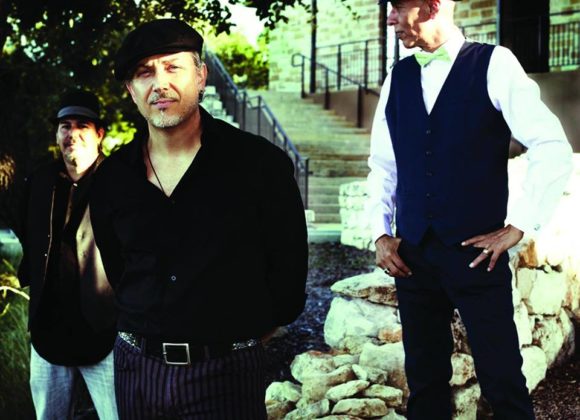 Critically acclaimed, award winning vocalist, guitarist and composer, Woody Russell, has released a body of recorded work that spans from the folk-rock infused songwriter fare of his first album, …As Simple As That (1996) to the more recent and highly praised blues/soul release of Up Against It (2010) and the pop-jazz shades of Delicious Days (2013). A year in the making, his newest full length album, Russell’s latest, Carry It Up, delivers more jazz shaded compositions that orbits around themes of love, compassion, tolerance, respect and the quest for all of the aforementioned. Again, his jazz-adjacent songwriting is present throughout as the band turns in one exceptional performance after another. Mainstays from previous WR lineups include bassist extraordinaire, Brady Muckelroy and harmonica ace, Jose Ruiz. Newer additions, Lloyd Wright (piano, keys), Derrick Hicks (piano), Tony Miller (drums) and special guest vocalist, Jacqui Walker, shine through with inspired performances. The recording is brimming with excellent solos and ensemble interplay. But, what elevates the game, yet again, is Russell’s very fine delivery as a vocalist: equal parts crooner and soul-shouter. There can be no doubt that he possesses a mastery of his vocal instrument which conveys an emotional sincerity with each phrase, each lyrical turn. He navigates the sound of his words with a rhythmic precision and melodic expression akin to jazz improvisation. Then there’s his guitar playing, which Blues Revue likened to “the fearlessness of Jeff Beck”.

Russell has always been a genre-blurring artist and the release of Carry It Up is no exception to that rule. As a poet, a storyteller, he digs deep in to intimate narratives and is equally comfortable addressing a broader social consciousness. An amalgam of contemporary jazz and classic R&B buzzes at the core of Carry It Up, shaded by a hint of rock and soul. His sophisticated compositions are supported by lyrics that mine the heart of the spiritual, the romantic and the soul-searcher as they orbit around themes of love, compassion, respect and the pursuit of each of the aforementioned. He has also, for the first time, recorded a cover song; a sincere acoustic take of Marvin Gaye’s chestnut “What’s Going On” that focuses on the poignant message of a timeless lyric. It features the tenor sax of Chi-town transplant, Dez Desormeaux, and is right at home amid the rest of this original work. The end result with Carry It Up is a lush recording that is positively brimming with superb song craft, gutsy pop-jazz and soul, created
Woody takes to the road throughout the U.S frequently. His live performances, whether solo or with his full band, have been described as “transcendent” by KDRP radio personality, David Arnsberger; engaging audiences through a sincere and “in the moment” connection to his music. Critically praised as an “exemplary” guitarist, an “exceptional singer” and songwriter of the highest caliber – a “total artist package”, Woody Russell delivers seasoned performances with over twenty-five years as a professional musician to his credit. Respected music industry veteran and President of BE Music and Entertainment, Michael Blanton, calls him “one of the best kept secrets in the world of live performance today.”
www.woodyrussell.com
https://www.youtube.com/user/woodyrussell
Opening is New Member Ralph Leeseberg. Ralph has been making music for more than 50 years but it has only been the last 20 that he has set intentions on positive music. A little folksy, a little rootsy, a little bluesy, a little bit of rock’n’roll. And something he likes to call Metaphysical Country. He really likes sharing the vibe and hopes to leave you smiling