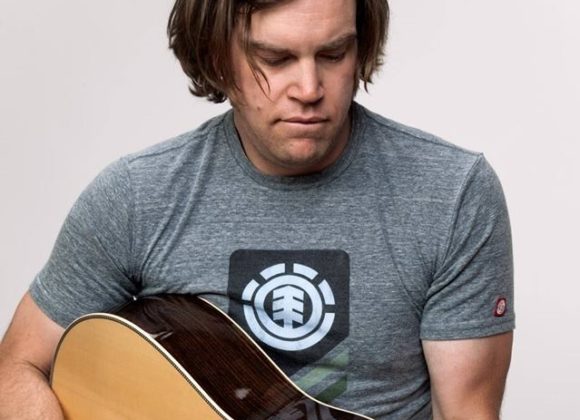 Aaron Burdett Band– Award Winning Songwriter from NC
Aaron was just listed as one of the most important western NC musicians of the last couple decades by WNC Magazine, along with Doc Watson, The Avett Bros, and The Steep Canyon Rangers.
Winning multiple songwriting awards, Aaron will be touring throughout 2017 in support of his upcoming album release, Refuge.

Aaron will be bringing his Mandolin player along with him for this show.

The ACMA music committee said: “The Real Deal!” “Sings with feeling. Thoughtful and deep songwriting. Lots of sound for one guitar.” Aaron was another unanimous choice from the gang that brings you such good music!..

“Among my favorite discoveries of the past few years is this talented, sweet-voiced singer/songwriter of North Carolina who melds country with modern sounds for some outstanding compositions. Mr. Burdett remains the best up-and-coming artist you may not have heard of.” — Eric Althoff, The Washington Times

“Aaron Burdett displays sophisticated song-writing sensibilities and a top-notch, high quality sound that could be played alongside top Americana artists today; he has undoubtedly earned the praise he received in the past and will continue receiving high marks with his latest release ‘Refuge.’” — Bryon William, Indie Spoonful

“A lot of great male voices have come from North Carolina including Eric Church, James Taylor, Randy Travis and Don Williams. With the release of “Tinderbox,” Aaron Burdett has proven this his name needs to added to that list.” –Rick Amburgey, No Depression

ACMA song writer, David Stanley, and his wife, Carolyn will be opening for Aaron Burdett at the Listening Room on Saturday, October 20, 2018. They have been playing various genres of music solo and in bands since they were teenagers. As a duo in Fort Myers their performances feature David’s original music with David on vocals, guitar and harmonica and Carolyn on vocals, guitar, banjo and charango. His original songs vary from a tribute to the late Pete Seeger to an amusing love song called “If You Give Me the Finger”. With the help of many friends he has recorded a CD and has had a couple of his songs recorded by other artists
+ Google Calendar+ iCal Export