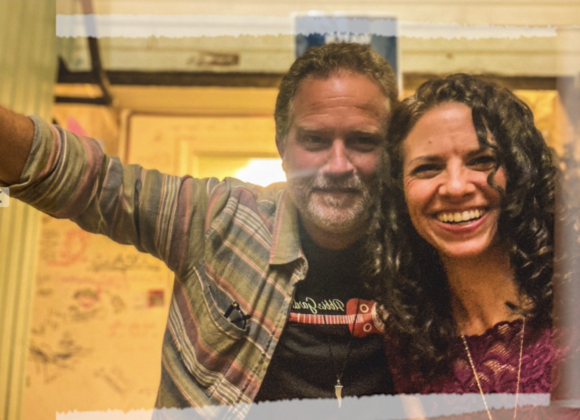 The ACMA is fired up to have Abbie Gardner and Marc Douglas Berardo as our headliners. This is going to be a great show!
More about Abbie Gardner:
Abbie Gardner is a fiery dobro player with an infectious smile. Whether performing solo or with Americana harmony trio Red Molly, her acclaimed tales of love and loss, both gritty and sweet, are propelled by her impeccable lap style slide guitar playing. Solo performances feature the dobro as a solo instrument, bouncing between a solid rhythmic backbone and ripping the lead lines, all in support of her voice and songs. Her latest recording DobroSinger was released May 13, 2022. It’s intimate, real, and raw – her dobro and voice recorded at the same time at home, without a band or any studio tricks to hide behind. You can hear every breath, every chuckle, as if you are in the room with her.
abbiegardner.com
More about Marc Douglas Berardo:
Marc Douglas Berardo’s songs are sharply drawn portraits that cast a net on unusual and beguiling characters, mining their deep feelings and situations and describing them in his lyrics. His songs have been recognized at many prestigious national festivals and events such as The South Florida Folk Festival, The Wildflower Art and Music Festival, and The Kerrville Folk Festival. He has opened for The Doobie Brothers, Little Feat, John Hiatt, and Martin Sexton. He uses humor and deft storytelling during his onstage performances, to rally and lead an audience into an almost spiritual experience, It brings to mind James Taylor, Jimmy Buffett, Guy Clark, and Steely Dan with a touch of Mark Twain or Hunter S. Thompson. Berardo’s interview and live performance featured on the Sirius/ XM Satellite Radio show The Village was voted one of the best of the year by listeners. No Depression Magazine called his last CD Whalebone: “sincere, fluid, charming and above all gripping.”
marcdouglas.com
Welcome ACMA’s new member and singer-songwriter, Bill Saltzman!
Bill’s earliest memories involve music. He vividly recalls sitting in front of an RCA record player listening to Mary Martin’s Broadway performance of Peter Pan, Tchaikovsky’s Nutcracker Suite, and Tubby the Tuba in Orchestraville, which introduces a range of orchestral instruments from piccolo to tuba, teaches musical appreciation and also conveys some important lessons about
life. Beginning his journey as a drummer, Bill expanded his musical scope to include percussion, vocals, piano, and most recently, baritone ukulele. He has performed with bands throughout his life, featuring a wide range of genres including Rock, Folk/Rock, and Americana.He regularly attends the Swannanoa Gathering, an annual songwriting workshop near Asheville, North Carolina where he works alongside several
Grammy award-winning songwriters.
Door donations:
$12 – Members
$18 – General Public
Tickets are also available at the door
+ Google Calendar+ iCal Export