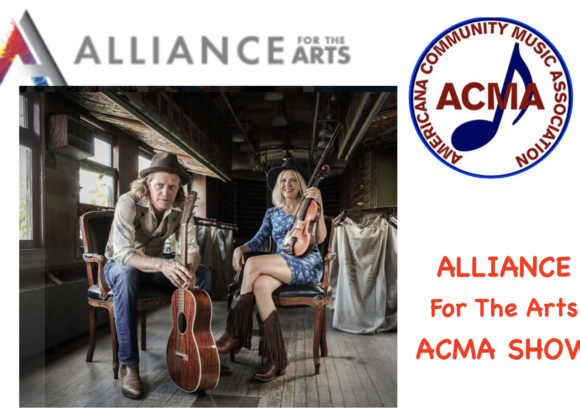 The ACMA@Alliance concert series finishes up the season with The Nouveau Honkies/Robert Bidney opens outdoor concert.
How reservations work for outdoor concerts: We will be accepting the first 132 people for concert reservations. IF weather threatens the outdoor concert it will be moved to our indoor theatre for general admission seats. If there is no weather threat we will sell additional tickets at the door the day of the concert.
Bring a chair/blanket etc. Beverages available at the Alliance
Members $15/General public $16
tickets @ www.artinlee.org
The Honkies:
Bouncing around the country for the last 10 years, the Nouveaux Honkies currently spread their time between East Tennessee and Southern Florida. Yes, some would call them “snowbirds”, but they will declare themselves bi-statual. That’s not a word, but it will be. As far as what one will hear when they perform, they consider it genre neutral. They play songs they wrote and songs they wish they wrote. If you wanna get picky it’s called “mother lovin’, country folkin’ blues”. Catch a show and you will end up smiling.
In mid 2014, Rebecca Dawkins and Tim O’Donnell, of The Nouveaux Honkies, hoisted anchor and set sail in their rebuilt RV. The journey started in South Florida and took them as far west as the Rockies, as far north as the Great Lakes, as far east as Cape Cod, and returned south for the winter. It’s been somewhere around 150 thousand miles, 600 shows, and at least one million smiles that has influenced The Nouveaux Honkies and their Loud In Here CD release in March of 2018. The New Year will also see TNH with a permanent residence in Knoxville, TN. O’Donnell says, “We based out of Tennessee the last two summers and fell in love with the Smokies. Knoxville will be a wonderful spring through fall hub for traveling and we also love this little city.” Their 2015 release, “Blues For Country,” masterfully blended styles. Their new release, “Loud In Here,” is a continuance of that same concept, respecting the greats and creating their own gumbo, which reveals a highway of influences.
https://tnhband.com/bio
ACMA musician Robert Bidney opens.
Robert Bidney is a singer songwriter whose message is as strong as his melodies. His music is relatable and has a strong commercial sensibility.
He has been writing songs for most of his life. To support his family, he worked in the advertising world, but pursued his passion of writing songs with meaning. Those songs define him and reveal his soul.
A seasoned performer, Bidney connects with his audiences through his infectious energy and emotional performances with 3 CD releases that have made their marks on the charts.
An active member of the Americana Community Music Association, Bidney lives in Southwest Florida and continues to write songs close to his heart.
www.robertbidney.com
+ Google Calendar+ iCal Export