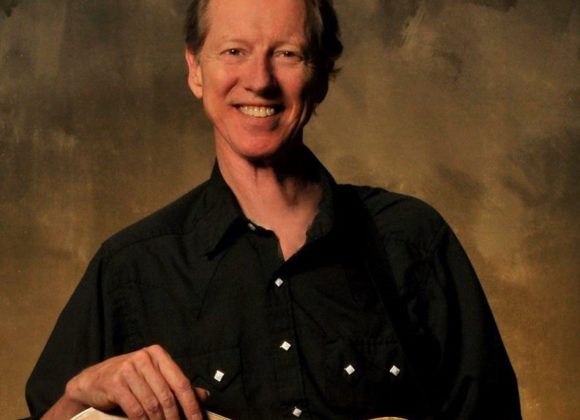 Alan Rhody is an American songwriter, singer, guitarist, harmonica player and record producer, with ten solo albums to his credit and over 100 covers of his original material. Rhody tours year-round and what he loves best is “connecting with an audience and having a great time.” His latest release, his tenth indie album, “Farther On” has earned critical acclaim from folks like, music journalist and author, Robert K. Oermann – “Music City troubadour Alan Rhody has a new CD titled Farther On. It features his songwriting collaborations with Guy Clark, Murray McLauchlan and Don Henry and a feast of solo works. Not the least of the latter, is his new recording of “I’ll Be True To You,” once a hit by The Oak Ridge Boys. Rhody’s track is stunning and his original, long version reveals just how powerful the song really is. This fellow is one of those rare individuals who can hold you completely spellbound with just his axe and his voice.”
A Louisville, Kentucky native, Rhody created the new album, off and on, over a one year period, in his home studio, playing and singing everything, keeping it simple and letting the songs be heard in their unrefined simplicity and directness. His easy-to-listen-to baritone, slowly pulls you in, as you’re given a personal and evocative picture of this well-loved singer-songwriter. Two of his paintings and a recent poem add a nice touch as well.

Touring since the late 1980s, Rhody’s music has also been featured on NPR’s “Morning Edition” and “All Things Considered” along with numerous network TV appearances in the U.S. and Canada.

“He has earned a level of respect and recognition that places him in the vanguard of pioneers of the contemporary roots music movement.” -Toronto Star

“Rhody is a singer-songwriter of unusual clarity and intelligence.” -Nashville Tennessean

In addition to his songwriting, recording and touring, Rhody has kept his hand in painting along the way. He’s won a few awards and his work is in several corporate and many private collections. His poetry and lyric writing is also in the recently published anthology, “Filtered Through Time” (Westview), reflecting on the Anniversary of The Civil War, 150 years later.

Dintzner (Drew) has been writing since his first song “Harbour of the Angels” was penned in 1971 while seated on the beach in Skagen, Denmark, where the North and Baltic seas meet. Since that time, he has penned more than 100 songs crafted in a formulaic style reminiscent of J. D. Souther and Dan Fogelberg. In 1998, shortly after the death of his son Colin to Hodgkins Lymphona, he exacted a promise and recorded an album of original music, “The Writer Within” arranged and co-produced by Kerry Ford with haunting violin passages by Nashville legend Tim Lorsch. While there, Drew also played at many of the songwriter venues including Douglas Corner Cafe, Broken Spoke, Earl Tubs, and the iconic Bluebird Cafe. Drew is a founding member of the ACMA.