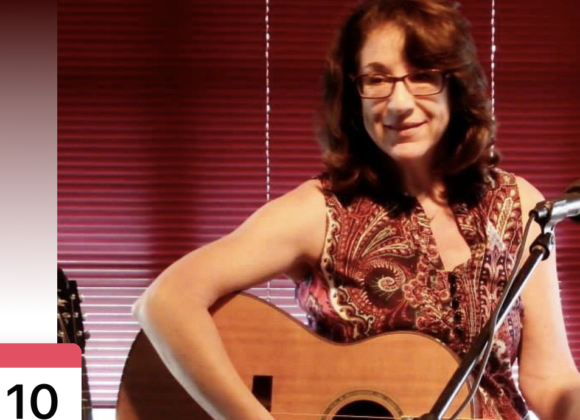 ACMA is sponsoring this weekly event to raise money for the Harry Chapin Food Bank of Southwest Florida. Each Monday will feature a different musical guest. All proceeds go directly to the Harry Chapin Food Bank.
Hosting this series is our own Kim Mayfield.
This week our featured artist is Karen Cohen. She began playing guitar as a teenager, finger picking Traditional Folk songs and Contemporary Acoustic Musicians of the 60’s and 70’s. The Blues Revival at that time was on her radar, but her interest in Delta Style and Pre-war Blues was not piqued until 2005. Role models for Woman Blues players were far and few between, but Karen became inspired by 2 modern day trailblazers; Bonnie Raitt and Rory Block.
More recently, Karen’s focus has turned to the Early Women of the Blues, interpreting their songs and bring their music to light.
Karen brings an authentic feel to their music, and like them, she adds her own authenticity to all the songs she writes and covers.
If you are able to help provide financial support, there will be a link to donate under the video. Any level contribution from couch change up helps keep our less fortunate friends and neighbors from going hungry during these tough times. Just watch this page for the red Facebook LIVE icon!
+ Google Calendar+ iCal Export