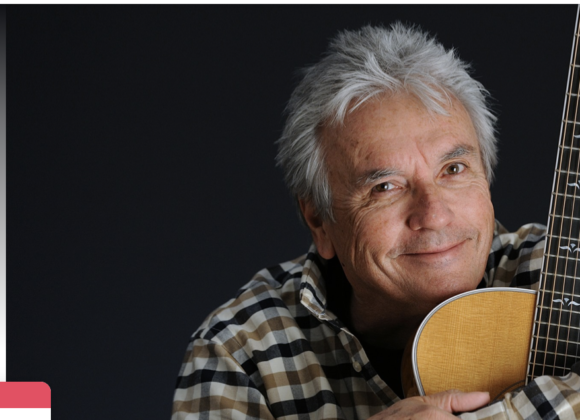 Join us for a fun Zoom concert with our friends Jaime Michaels and ACMA member Ray Cerbone! This concert is free but donations will be accepted for musician support. Here’s the link!
https://us02web.zoom.us/j/83298366038…
About Jaime
“… truly inspiring … a vital, alive, creative artist who is as sharp, in touch, poignant andtimely as anyone. He’s simply an artist committed to growing who is on the journey with a mission to seek, learn and connect with art …
Erik Balkey – Hudson Harding Music
A venue operator in California refers to Jaime Michaels as a “songwriters’ songwriter.” He came late to the craft having enjoyed a long career as a covers artist both as a soloist and, for a while, full tilt rock and roll band lead singer with The Truly Dangerous Swamp Band. Not being much of a radio fan, he chose his covers carefully…sometimes something recognizable like Dylan or the Beatles, sometimes just damned fine songs he happened to run across from lesser known writers like Canadian Murray MacLauchlan. He sang the hell out of all of them.
Something happened a few years back when he moved west, far from his east coast roots, to a new home in Santa Fe, NM. Maybe it was just the change of scenery, something in the big western night sky…but the songs started coming. Finely crafted. Tuneful. Both spirited and spiritual…songs of kindness and true emotion. Eleven albums, so far, with Jono Manson in the producer’s chair for the past nine. Their 2013 effort, unknown blessings, is a fund raiser with 100% of the sales going to the Kerrville Folk Festival Foundation’s teen music camp. That album along with 2011’s the man with the time machine and most recently, 2016’s once upon a different time, have all won the New Mexico Music Awards album of the year award.
Jaime continues touring both in the US and in Italy where once upon a different time was released on Appaloosa records in 2016. He toured in Italy in December 2017 with keyboardist Radoslav Lorcović. 2018 dates included a mainstage set at the 2018 Kerrville folk festival, a summer tour in California and a tour in Texas in the fall with fellow singer songwriter Rj Cowdery.”. He appeared next on Appaloosa Records’ tribute album to Townes Van Zandt, The Wind Blows, on the first track, a stellar cover of Snowing On Raton.
In 2019, a new album, if you fall, was released on Appaloosa Records, a collaboration between Jono, Jaime and a new recording band consisting of Austinites Paul Pearcy on drums and Ronnie Johnson on bass, NYC/Nashville veteran pedal steel, mandolin, guitar wiz Jon Graboff and on keyboards and accordions, Radoslav Loković. As always, there are some stellar originals (if you fall, red buddha laughs, so it goes & carnival town among them). Also a couple of moving covers, Greg Trooper’s they call me Hank and an English translation of legendary Italian singer songwriter Francesco de Gregori’s most famous song, Rimmel, which has already been featured on RAI, Italian state television.
In 2020, the global pandemic struck just as Jaime was heading to Italy for a tour. The virus curtailed Jaime’s touring for the past year. In the meantime he has been performing online and has just released a single, co-written with Austin songwriter Jeff Talmadge, called “in My Home” about the strange times we find ourselves in.
It Is receiving global airplay.
a few kind words:
“He writes songs with special meanings…with a sense of purpose, a sense of belief that music is as critical to life as breathing itself.”
Wanda Adams Fischer WAMC/NY
“Jaime Michaels creates songs that follow the lives of ancestors and neighbors in tales told with the graceful edge of a master storyteller.”
Danny McCloskey / the Alternate Root
Hopefully soon, Jaime’s travels will continue to take him around the US and occasionally to Europe, playing house concerts, festivals, and arts venues. Just Jaime and his wonderfully worn Taylor guitar. And the songs.
www.jaimemichaels.com
AND Ray Cerbone!
One of the founding members of the Fort Myers ACMA (Americana Community Music Association), Ray began playing guitar during the late 60’s folk scene. With the support and inspiration of fellow local and touring musicians, he began writing and playing in earnest in 2010. Traveling a long road in a short time, his music encompasses many genres, including Americana, Folk, Blues, Ballads, and a little bit of Country. His storyteller style takes the listener to another place in time, his music and lyrics bringing evocative insights into the many sides of life. Ray is also a singer-songwriter’s song-singer. That is, he does interpretive covers of great originals by other very talented singer/songwriters using his own creative touch. His inventive fingerstyle guitar is uniquely diverse and easy-on-the-ears. Ray’s recently released CD, “How Much Time”, has received glowing reviews stateside and overseas.
www.steelonwood.com
+ Google Calendar+ iCal Export