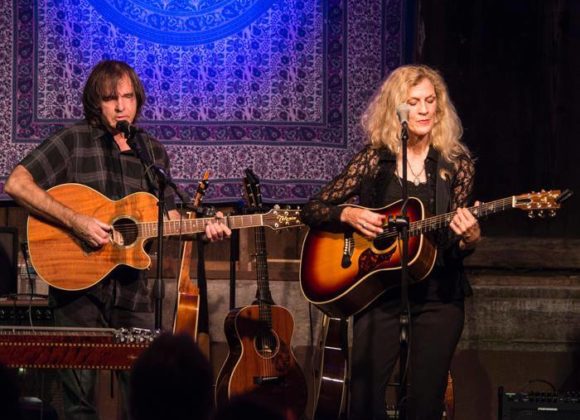 In the 10 years of playing together, Jennings & Keller have released three CDs with a fourth recording on the way. They have received accolades and airplay from radio stations at one end of the country to the other. In true troubadour spirit, Laurie and Dana travel the country in their motor home, performing at festivals, cafes, wineries and house concerts. Along with developing a large and loyal fan base, they have earned a reputation for quality musicianship and expert storytelling.

Mary Dahl performed for 20 years with The Lite Side a unique quartet of folk singers, where she played a combination of instruments including five string banjo, acoustic guitar, mandolin, dobro, ukulele, and charango.

The Lite Side had a repertoire consisting of a variety of folk music of the 1960’s through 1980’s, gospel, patriotic medleys, and an extensive Christmas program.  They have bragging rights as they performed at the White House on six separate occasions for visiting guests, and for two different administrations, including a Christmas candlelight reception for visiting dignitaries.  They were asked to perform by two administrations, President GW Bush and President Bill Clinton

. They also had numerous gigs at Carlisle Barracks Officers Club in PA for an assembly of Generals from all over the world and performed for 10 years at Hershey Park Chocolate World opening the Christmas season for Santa.She is particularly proud to boast that they opened for a sold out performance concert by the Kingston Trio and they were permitted to sing along with the Kingston Trio who also filmed the performance.

They produced a 10 song CD, featuring an original song, “The Cardboard President”, written by their lead guitarist, Morgan Evans.  President Bill Clinton has a copy of this CD which they performed on two occasions at the White House. They also produced a Lite Side Christmas CD with the songs that they performed at the White House venues. Their CDs have been aired over many PA radio stations and The Lite Side was featured on WGAL-TV on their “Live at 5” broadcast where they performed their original “Cardboard President” song.

Mary moved to FL in 2007, and plays at least 3 times a week at various venues in our area.

Carolyn Stanley will be accompanying Mary with her sharp harmonies and proficient playing style.   Carolyn has performed with her husband, David Stanley, her brother, Larry Tuttle and with Peach’s Little Band.  Mary and Carolyn are new neighbors and have enjoyed sharing and exploring their common interest in music as well as enjoying each other’s company.