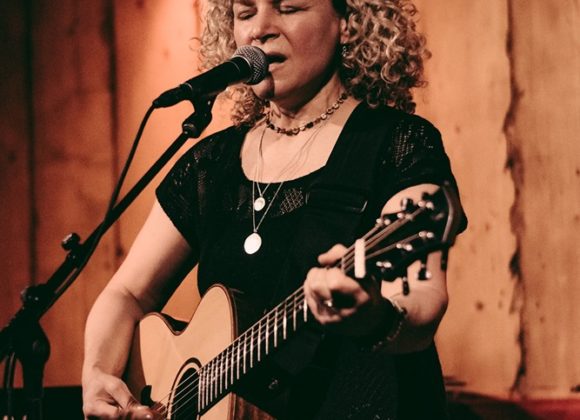 The ACMA welcomes Lara to our stage for the first time! Lara Herscovitch is a modern American songwriter-poet-performer gem, creating masterful contemporary folk with blues, pop and jazz influences. Former Connecticut State Troubadour, she writes, sings and leads with authenticity, integrity, humor and heart, delivering performances that inspire, inform, uplift and entertain. Sound Waves Magazine described her music as “expertly written prose… songwriting at its best… good for your ears AND your soul.” Delivered with a voice Performer Magazine called “clear and smooth like expensive liquor,” Acoustic Live in New York City added, “She possesses not only a huge reservoir of musical talent and a voice with a bell-like clarity, but a keen sense of global concern and a fierce intellect… It might seem too good to be true, but true it is.”

ACMA members Carolyn and Jim Dunn, The Dunn Deal are also first timers to our stage, however, you may have seen them at any number of Florida Festivals sharing the stage with Brian Smalley, Larry Mangum and other ACMA favorites. Carolyn and Jim Dunn met in a rock band in 1975 and have been playing music together since. They moved to Florida in 2005 and joined the wonderful and inspiring Florida folk community. As a duo, The Dunn Deal performs at Florida folk festivals, concerts, fund raisers and coffee houses. They write songs about love and family – so you know they’ll be zany!