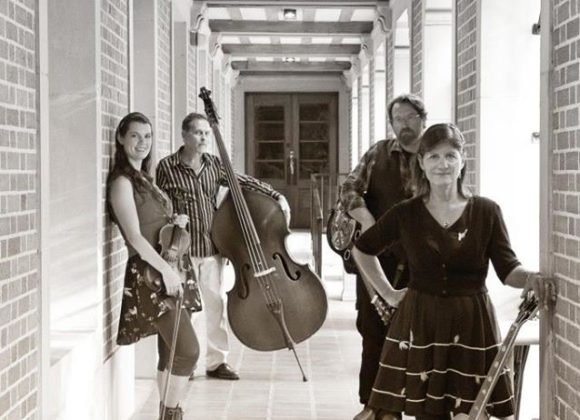 Passerine’s distinctive sound combines vocal harmonies, the crisp rhythms of an acoustic guitar, the haunting voices of the fiddle and dobro (resonator slide guitar), the resonant lows of an acoustic bass. With inventive vocal harmonies and song-writing, supported by the sounds of acoustic strings, Passerine offers a fresh take on traditional folk and bluegrass music as well as a repertoire of original songs that range from sweet ballads to the edgier side of contemporary Americana.
www.passerinemusic.net

Opening for Passerine! Ken is a founding member of EverythingDulcimer.com, the oldest Internet dulcimer forum, a frequent contributor to the Friends of the Mountain Dulcimer forum, and has been involved in dulcimer clubs in several states. He is recognized as a major proponent of the traditional Noter & Drone style of playing. Ken can be heard at Open Mics around town, offering his brand of Americana roots music to the guitar-dominated local music scene.

Ken specializes in music so old there are no ASCAP or other performance issues — the folk music of Scotland, England, Ireland and Wales. His special interest is the Child Ballads which became the first Americana music – Old World tunes and lyrics given new life in the New World. He has also been known to play an occassional 20th century tune (but don’t tell his dulcimer friends).

Like his instrument and his music, Ken’s performance style is unique. He uses the old Appalachian play-sing-play technique rather than the more modern sing-as-you play presentation.