The Rightly So with The Dr. and Dave opening! Friday night show 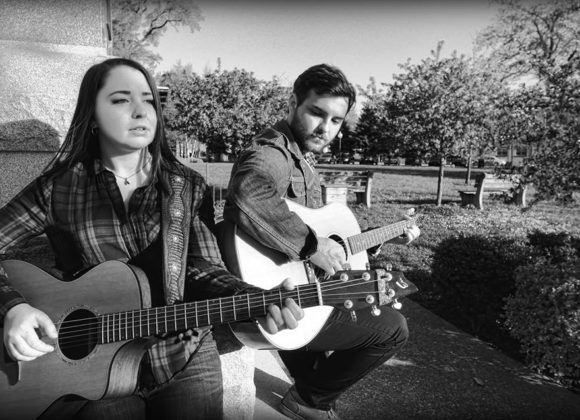 Born in the heart of the Buffalo rust belt, The Rightly So brings a vibrant energy to Americana music. The young acoustic duo is comprised of esteemed guitarist and performer Gregory Zeis, and award-winning singer/songwriter Jess Chizuk. Both have achieved a great deal of musical success on their own, and have formally combined their talents to create an unstoppable force of captivating original music.
www.therighlyso.com
Our own The Dr. and Dave open! The Dr and Dave began singing together and found their voices worked together to form unusual harmonies that seemed to twine and blossom as they continued to hone their musical union. Dave began playing guitar and writing songs during his junior year of high school in Waukegan, IL and by the 80s he had developed a portfolio of some of the best songs no one had ever heard. Some did find their way to the stage with several bands that played at bowling alleys and Chinese restaurants. He has continued to write songs across many genres, and his greatest influences have been Gene Pitney, Elvis Costello, The Beatles, Dylan, and Herb Eimerman of the Britanicas.
Val began singing at 11 in New York City, and was privileged to spend three summers at the Manhattan School of Music where she was trained classically, although she was also influenced by Bessie Smith, Ella Fitzgerald, Billie Holliday, and Anita Baker, among others. She performed in concerts with several choirs in her teens and performed in Community Theater as well. When she arrived in Florida in 1995 she began singing with the SW Florida Symphony Chorus, and Dave, who came to Florida in 2000, joined her in this endeavor in 2009. They soon began to meld their passion for music, marrying in 2010. Now they collaborate on songs Dave has written, creating new versions, as well as new songs, that combine their musical passion and skills.