The Reckless Saints in concert with David Hintz opening! 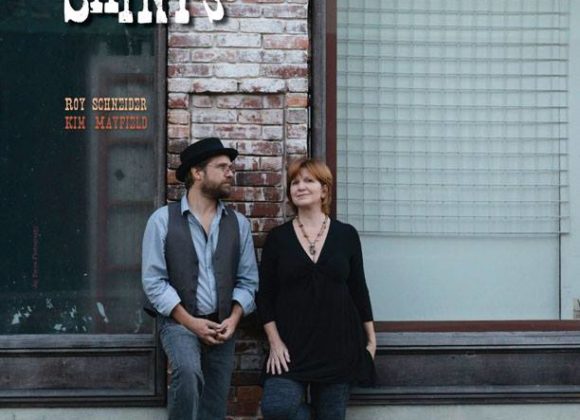 The ACMA is proud to welcome back once again Roy Schneider and Kim Mayfield, the Reckless Saints, to our stage. The ACMA “regulars” know the story of the Saints involvement in the beginning of the ACMA and their continued support of our organization. Newcomers just need to come and hear true Americana music from true orginals and we’ll fill you in on the details. Now for the “official” bio:
Former syndicated cartoonist Roy Schneider has found his true calling in writing and performing his “Blue-Twangled Folk & Roll” music. Schneider has developed a loyal fan base through national radio airplay and consistent touring, performing his blend of the gritty, soulful and sweet to delighted audiences all across the USA and places abroad. He appears most often with Kim Mayfield providing harmony vocals and accompaniment on mandolin, percussion, and piano. From house concerts and folk clubs to festivals and theaters, the duo – gradually becoming recognized as ‘Schneider & Mayfield’ – clock up thousands of miles annually in their van “Ulysses” toting guitars, harmonicas, banjos, mandolins, pianos, and assorted percussive things wherever they are needed.

ACMA member musician David Hintz opens the show. David has been an ACMA supporter since the beginning and often beguiles us with his own brand of original music.