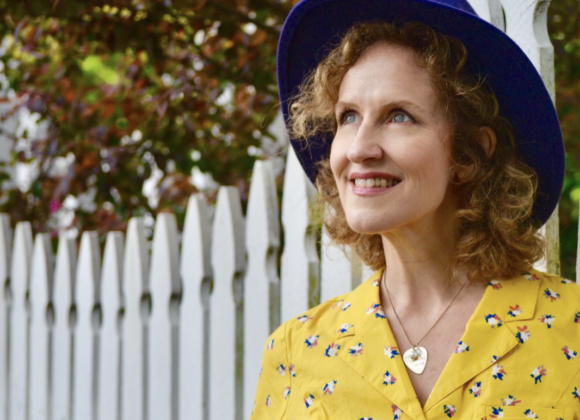 Sally has graced the ACMA stage in person a few times in our history. We’ve always been so glad to have her back….This time Sally will be with us virtually for a Facebook Live Stream. She’s been working on and releasing a brand new CD! Looking forward to hearing wonderful music from Sally Barris!
Sally Barris is a Nashville songwriter who has had songs covered by such top-level artists as Kathy Mattea, Martina McBride, and Lee Ann Womack. Her song “Let The Wind Chase You,” recorded by Trisha Yearwood and Keith Urban, received a Grammy nomination for vocal collaboration in 2009.While her writing credits mightily impress, fans and peers are most captivated by her bright spirit and expressive mountain soprano. Dirty Linen says “Barris knows how to write lyrics that are as forthright as a stream of clear water and how to support them with melodies that share that quality”. Sally also performs with Templeton Thompson and Sam Gay in a trio called “The High Lonesome Dreamers”. The Minnesota native has performed Mountain Stage, New Bedford Summer Fest, Wildflower Arts & Music Festival and The Kerrville Folk Festival. Sally recently released her sixth CD, “Grasshopper Mile”.
www.sallybarris.com
Opening for Sally is new ACMA member John Tilley. One of the silver linings of the pandemic is that the ACMA has been able to give our remote musicians a virtual opportunity to share their music with the ACMA and the general public.
John sings Americana and was told by a major promo firm that he sings the “best Americana they have ever heard.” And just for fun he sings a lot of Classic Rock on Acoustic and some Country. He sings great John Denver and Elvis Tributes. He is critically acclaimed in Nashville and has many awards for Best Americana song and seven #1 hits in Americana on the radio. In the International Acoustic Awards with thousands of entrants from all over the world he made the quarterfinals.
https://www.reverbnation.com/johntilley1620
+ Google Calendar+ iCal Export