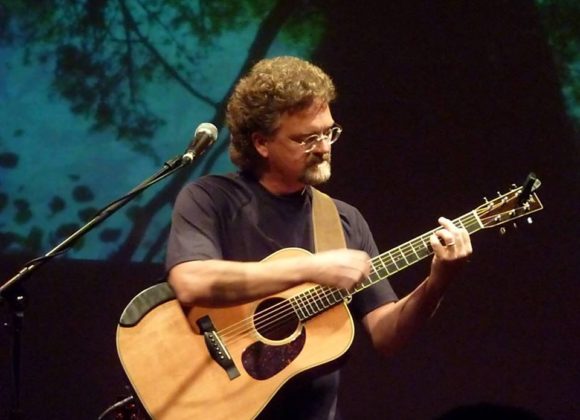 Wow! When we first invited Tim Ferrell to play the ACMA around six years ago, we wondered how an almost totally instrumentalist would fare at the ACMA. Would we miss word? Little did we know that Tim would return again and again and also open the door for other instrumental musicians at the ACMA, proving that musicians can paint pictures with music alone. Tim’s Bio:
As a performer Tim has entertains audiences internationally. He maintains an active performing schedule, appearing in a variety of concert venues such as the Kimmel Center, Montreal Jazz Festival, Carnegie Center, Hard Rock Live, Metropolitan Museum of Art, Memphis Acoustic Guitar Festival, Healdsburg Guitar Festival, Woodstock Invitational Luthiers Showcase and many more…
Tim performs on benefit concerts, festivals, workshops, corporate events and television programs. Tim has performed live on many radio programs as a featured artist including Echoes and Kid’s Corner, both popular syndicated shows heard on hundreds of Public Radio stations nationwide.
Tim performs as a solo artist and also has shared the stage with such notable artists as Les Paul, George Benson, Jean Luc Ponty, Rick Wakeman, Alex DeGrassi, Jake Shimabukuru, California Guitar Trio, John Sebastian and many more … In addition to his solo performances Tim offers several different concert programs such as StringSongs, a trio which includes Bass Player Magazine’s Player of the Year Michael Manring and Grammy Award winner Pat Robinson on keyboards.
www.timfarrellmusic.com
Opening for Tim is our own musical magician, Bill Metts, who paints stories with both words and fantastic fingerpicking.
According to Bill “I started playing guitar when I was 19 during the country blues revival of the late 60s. I fell in love with the music of Taj Mahall, Mississippi John Hurt, Doc Watson and others of that ilk. Just about everything that I have done since then has been in that down home finger-picking style. I had the honor of being asked to perform at the annual Mississippi John Hurt Blues Festival in Avalon Ms. in 2011. All types of music move me I but prefer to play and sing traditional Americana roots music.”